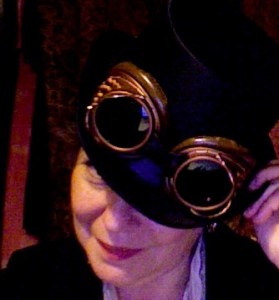 Merle Darling has been living in the imaginary 19th century since the age of seven, when she first read Little Women and The Secret Garden. This state of being was reinforced by a four-year stint at a 19th century college (complete with ivied walls and afternoon tea in the dormitory parlors), where she studied under fine 19th century scholars in the History and Theatre departments and learned to knit and bake bread. She makes her home in an iconic 20th century city. Much of this book was written on the train to work (as she has never successfully kept a diary, she therefore has nothing sensational to read).